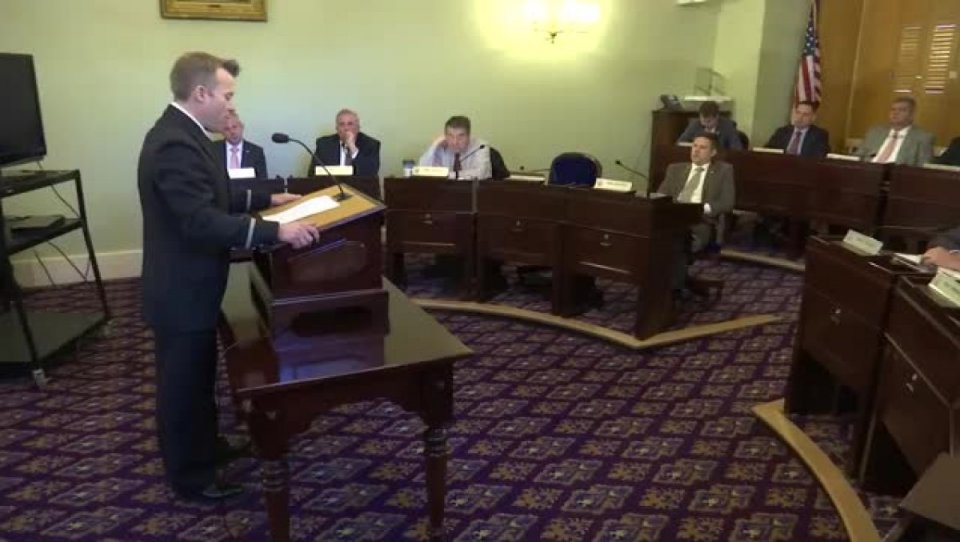 COLUMBUS, Ohio-- When members of the military experience the horrors of war and return home suffering from PTSD, the federal government takes steps to make sure they receive the help they need as quickly as possible.

When firefighters return from a call for help after working a traumatic scene suffering from PTSD, they are left on their own to figure it out.

Some lawmakers want to change that by granting the first responders with access to workers' compensation benefits that would help cover the costs of treating PTSD. The legislation calls for no more than a year of coverage. Experts in the field of treatment for PTSD told lawmakers this week that recovery times can be relatively short.

Columbus firefighter Matt Schaffer is a reflection of that. Schaffer said he developed PTSD over several years responding to calls for service. When he started as a firefighter he had a passion for helping people, but call after call wore him down to the point he dreaded the next.

Schaffer said things escalated into trouble sleeping and he became filled with anger and rage. Attempting to self-medicate and figure out how to feel better, Schaffer said he began drinking heavily on his time off. It caused isolation as he seldom would leave the house and when he did go out, he would find a way to return home as quickly as possible. Then, suicidal thoughts started to creep into his mind. What started out as a flitting idea, grew into a detailed plan.

Had Schaffer not finally sought help on his own, he said he very likely could have done something drastic.

"I had a gun picked out; I had the bullet; I knew which one I was gonna use," Schaffer said.
That was six months ago. After finally asking for help, he had to find a way to pay for it and schedule it around his time off.

After his first session, learning new techniques to deal with the triggers to his PTSD, he immediately started to feel better.

No longer drinking heavily, Schaffer said the passion he had lost for his job has been coming back over these past six months.

He said had he been able to access worker's compensation to help with his treatment, he could have taken time off to focus on getting better faster.

Schaffer said it's going to take a while for him to get back to the person he was before, but he isn't waiting to help others; especially his brothers. Starting next week, Schaffer will be reaching out to other firefighters, trying to show them that it is OK to seek help if they are struggling with a problem like he was.

He said he has been where they are now; he knows that darkness; and he wants to help them get out of it and back to who they were like he has. He only hopes the legislature helps him make that easier to accomplish by passing the bill to give firefighters access to worker's compensation coverage for PTSD treatment.

The next hearing on the bill is expected to give opponents of the measure an opportunity to explain why. The Ohio Chamber of Commerce is such an opponent. In the past ,they have argued that PTSD is not a physical injury and for the last 100 years, workers' compensation has been strictly used to cover physical injuries.

The Diagnostic and Statistical Manual of Mental Disorders, Fifth Edition (DSM-V), notes that diagnosing PTSD carries no requirement of a physical injury.

The bill is currently being heard by the Ohio House of Representatives, where such a measure was added to the State Operating Budget this spring.

Ultimately, it was the Ohio Senate that stripped the measure out of the budget and it was never added back in during conference committee in July, forcing State Rep. Thomas Patton to try the get the bill passed normally.