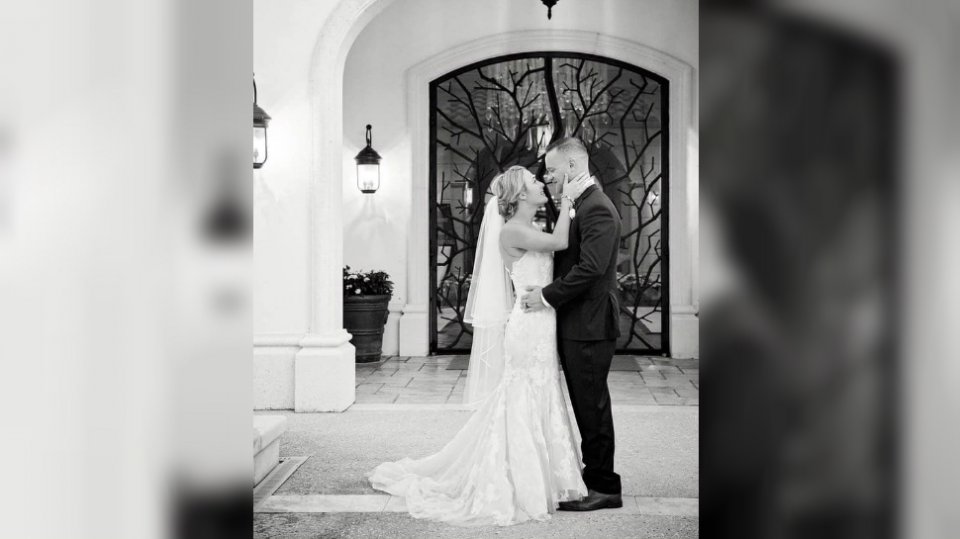 Eight years of dating and a five-month engagement led Katie-Jean and Shane Brintlinger to the middle of the dance floor for their first dance as a married couple.

Shane picked the song "More of You" by Chris Stapleton.

The day is frozen in time in pictures. They are moments Katie-Jean remembers every detail of.

They met at Otterbein University. Katie-Jean says, originally, Shane wanted to be a high school history teacher, but later changed his mind and opted for fire school. She says it was his passion.

"He would always tell me 'I thrive in those environments,'" she said. "He would say 'When I go in and people are freaking out, that's when I do my best. I can slow my mind down and think through what I need to do.'"

He worked in London, then Delaware. Then, the last five years, Brintlinger worked at the Columbus Fire Department.

"He truly loved it because he could just go after it," she said. "He loved that high speed, everything about it."

December 29, 2017, they were married. A year and two months later, Katie-Jean was at the grocery store.

"I called him to see if the asparagus was still good in our fridge," she said. "Well, he didn't answer."

She says he had told her he would be working on school work. When she got home, she dumped the groceries on the counter and noticed her husband was nowhere to be found. Down the hallway, she could see the bathroom light on. Walking towards the bathroom, she was talking to him, asking why he didn't answer the phone.

"He didn't respond," she said. "I'm like, 'Shane,'... he didn't respond. So, I listen and our wedding song was playing, and I think that's when I knew something wasn't right."

She managed to get the door open. Inside the bathroom, she found her husband dead from an apparent suicide. He was 29 years old.

She says there were never any signs that made her think he would take his own life.

At Brintlinger's funeral, there was a large showing of camaraderie and support from local firefighters.

A picture shows Katie-Jean on the back of a fire engine, talking to her husband one last time at the cemetery.

"I went up there and I just put my hands on his casket and I just asked him, 'Did you enjoy your last ride?'"

Katie-Jean says she's now focusing on the positive and trying to spread the word on mental health and the need to seek help.

"Everyone needs help in their life at some point," she said. "With anything. Something small, something huge like this. It doesn't matter. Seek the help that you need so that you can be happy and live a fulfilled life."